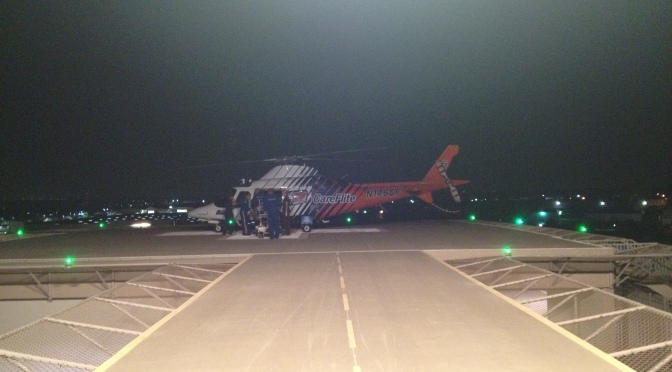 So Facebook was kind enough today to remind me that four years ago on this day, I was testing for my black belt in American Karate.  It was a night that I do not remember and one that I will never forget.  That was the night I discovered I had an Atrial Flutter.  It was a night that started a week long hospital stay that included medically induced comas, CAT scans, EKGs and eventually a cardiac ablation (want the full story?  Read it here).

Even though I had just awoken from a 36 hour medically induced nap, couldn’t remember large sections of the previous 48 hours, had two black eyes and was sore everywhere – the severity of my situation did not really hit me until I heard my cardiologist reinforce those words.

Prioritize your health:  If I had not made a specific effort in the 18 months leading up to the test, I firmly believe I would not be here today (did you read the link above?).  The majority of the leading causes of death in America are due to preventable diseases that can be controlled/prevented through diet and exercise……so DIET AND EXERCISE!!!

Listen to your body:  If I had not been so hard headed and determined to do whatever it took to get my black belt, I would not have ended up in the hospital.  I knew early on in my test that something was off.  I think I even knew a couple of weeks before that during one of my training sessions.  If I had really listened to my body, I would have had it checked out.

Pay attention to what you fuel it with:  One of the questions that the medical staff asked me repeatedly was did I fuel up with Monster or Red Bull or place energy drink name here.  They only asked me about drugs once.  That crap puts people in the hospital regularly, I avoid it like the plague.

Prepare for the worst:  I have been fortunate to have good guidance on planning for the inevitable.  If I had not made it, Joy and the boys would have been taken care of.  However, not everyone is in that boat.  If you aren’t, get there.  We are not promised tomorrow but we are promised that those around us will have to carry on.  Take care of them.

Bonus learning – If you are in the Dallas area, immediately go to www.lifefight.org and become a member.  Should you or anyone in your family ever need their services, you will thank me.  We spent months of effort and thousands of dollars avoiding a huge medical bill that is completely avoidable.  Think of it like AAA for your family should they ever need air ambulance service.

Pray like it depends on Him:  Between this event, Joy’s Breast Cancer diagnosis, Tyler’s Papilledema and Charlie’s depression, we have learned to pray in earnest around here.  My prayer life got immensely deeper as I recovered and gave thanks daily.   With it came a deeper peace I had not experienced to that point in my life.  Pray like it depends on Him…….because it does.

Now are those the only things that I learned, of course not, but they are the ones that have stuck with me and I think about almost daily.  Knocking on deaths door will change you.  Hopefully I can have done enough knocking for all of us to learn the lessons.