This week was supposed to be the biggest fight card in the Ultimate Fighting Championship’s history.  UFC 200 was stacked with an unbelievable level of talent and 3 championship belts were to be awarded.  And for the first time in a very long time, no one was hurt and pulling out of their bout at the last minute.

But wait….we are not there yet!!

Enter the US Anti-Doping Agency (USADA) and their pesky out of competition drug testing.  Seems that the preeminent favorite to reunite in the Light Heavyweight Division Title, Jon “Bones” Jones, tested positive for two different banned substances (as of the time of this writing those substances had not been publicly disclosed).   Three weeks before the bout of his life and he is caught (presumably) taking PEDs.  Unbelievable. 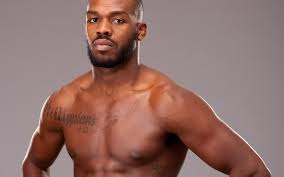 Philippians 4:13 “For I can do all things through Christ who strengthens me.”

Well, evidently that and the right “supplement” regimen.

Oh, and it gets better.  The fighter they replaced Jon Jones with?  Anderson “the Spider” Silva.  Former Middleweight Champion and the fighter who many believe to be the GOAT.  Oh yeah, and also a proven PED user.  Could we not have found another fighter who has not also popped for PEDs?  Perhaps they should have chosen Belfort instead (nope), Machida (PED), Sonnen (still suspended for PED)…….well crap!!

The problem is that this has become common place in Cage Fighting.  Yes, I called it cage fighting.  That is what it is.  I don’t mean it derogatorily but rather descriptively.  I completely understand why Dana White and the Fertitas have fought hard to move away from that description and the connotation it carries.

However nothing about the current state of UFC or other cage fighting organizations reflects anything I have ever learned about the “Art” in martial art.

And until it does, I won’t use it as a describer for what I watch on a regular basis. 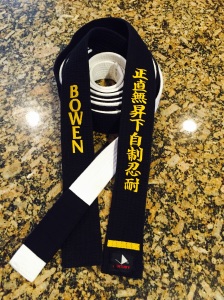 In every martial art I am aware of, there are a set of Black Belt Principles that are taught along with the physical skills of the fighting style.  My black belt is in American Karate and the principals that guide us are Honest, Humility, Integrity, Perseverance and Self-Control.

Are they pervasive and common through every marital art?   No.

Does every martial art have some sort of code of conduct/honor surrounding it?  Yes.

If there are no principals, your are not studying a martial art, you are studying a fighting style.  There is nothing wrong with that but let’s stop calling anyone who is willing to walk into a cage a martial artist.  Fighters who are looking to illegal pharmaceuticals to improve their performance are not martial artists.  You cannot exhibit honesty, integrity or self-control if you knowingly and willingly looking to gain an unfair advantage against your opponent.

Helio Gracie suggested that you immediately drink a glass of water upon waking because you are dehydrated and should always be ready.  He did not suggest that water should be washing down the latest compound to crank your metabolism.

Gichin Funakoshi said to “Be constantly mindful, diligent and resourceful in your pursuit of the Way.”  Not “find the best doctor who will prescribe or acquire HGH for you”

Now I give a great deal of credit to the UFC for bringing in USADA and attempting to clean up the sport.  I think Jeff Novitski has one of the hardest jobs in the organization (he looked absolutely defeated as he was announcing the Jones’ removal from the card).  They realized that removing doping from their sport is way more important than in any other.  A pharmaceutical advantage in fighting can literally lead to the death of your opponent.  These men and women are going into a cage with bad intentions towards each other.  The mat has to be a level playing field.  Fighter’s lives depend on it.

So fighters, I am calling on you to bring the Martial Arts back into cage fighting.  Bring the honor, honesty and integrity back into the competition.  You are the only ones who can actually do it.

Will I continue to watch UFC, Belator, Glory and others?  Yes.

Will I continue to support fighters?  Yes.

Will I continue to make it a family affair with my boys?  Yes.

But until we see consistency in fighters at all levels testing clean, it will not be mixed martial arts to me, it is cage fighting.  I have two boys who need to understand the difference between winning and honor.